Horton earned a bachelor’s degree from CMU and a master’s degree from MSU, both in string bass performance. For 23 years, he recorded and performed with Dennis DeYoung of STYX. He has received a double platinum CD and triple platinum DVD, as well as a number one single.

In addition to playing and recording with another member of STYX, James Young, Horton also played bass on the STYX album Brave New World and had a guest vocal spot. Horton has experience in musical theater, having toured with the musical 101 Dalmatians for a year.

Horton currently performs with SHOWDOWN, the Lansing Symphony, and the Jackson Symphony. He also performs with Return to Paradise in New York, as well as the Kos Ritmos Latin Jazz Orchestra and the Phil Barille Jazz Trio in Chicago.

You'll also seem him hitting in various Lansing area bands such as The Rotations and in the local Jazz Tuesdays mecca of Moriarty's Pub, when not slamming to the bottom of Michigan itself with Hillsdale's Hillcats.

Most recently, he's been at work with Donnie Brown of Verve Pipe fame.

When touring Broadway shows come to town needing an emergency substitute in their bass department, it's Hanks telephone that rings. so...who You gonna call?

Last but not least, Hank gave me clutch vocals coaching in preparation for this Album! I'd like to say At No Time Was The Public In Any Danger, but if it weren't for Mr. Horton's intervention in that department too, we'd have needed to redact a certain singer. He teaches this and other things to the rest of us as part of the music faculty of the Lansing Marshall Music host of instructors.

I cannot recommend Hank enough for these tasks at hand, but far greater plaudits flow from my far-betters. Be sure to repeatedly check out whatever lineup you ever see him in while area supplies last. 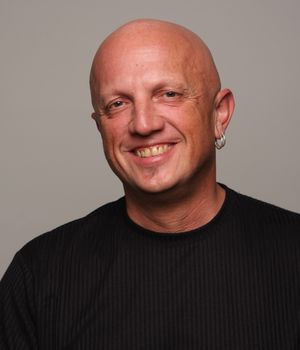